At last month’s mortality and morbidity conference, we discussed a case of Posterior Reversible Encephalopathy Syndrome (PRES). Our consultant, a neuro-intensivist, told us that PRES is not always posterior, not always reversible nor always presenting with encephalopathy. Thanks whoever named that syndrome.

The presentation is extremely variable. Typically presenting with:

And as our case demonstrated many (or all) of these can be initially absent. Most resolve (though can take weeks) though some do herniate and die. In the references, there is an article that lists three cases presenting with varying severity. Given this, PRES is likely more common than we think.

It is also associated with hemorrhage (20%), most are punctate though almost 10% of the bleeds can be pretty big.

Endothelial cell dysfunction leads to edema of the surrounding tissue. The posterior cerebrum is most vulnerable due to poor sympathetic innervation of its vasculature.

The symptoms seem to progress until it becomes obvious, hence many are missed on initial presentation. Even if diagnosed earlier, I don’t know what we can do other than remove the offending agent, lower the BP, and treat any seizures.

MRI is the way to diagnose it. This will show increased T2 and T2 FLAIR signal intensity usually posterior, but remember PRES can present anywhere. 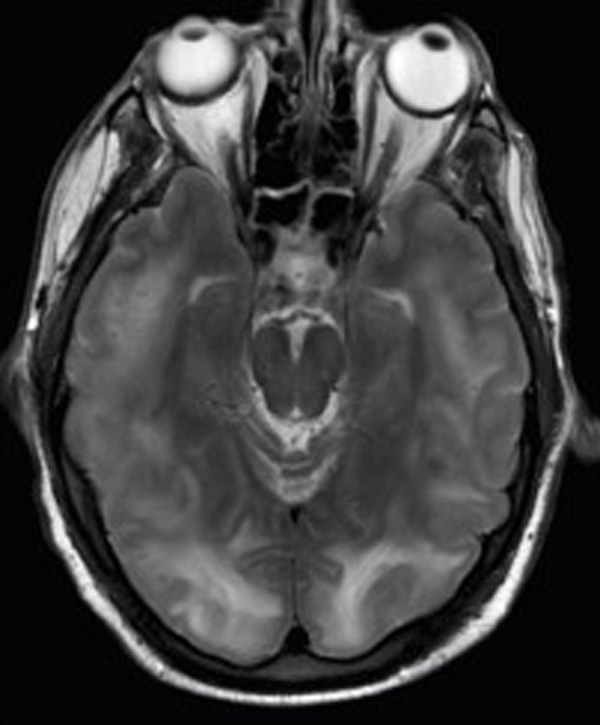 Treatment is to lower the BP, treat seizure and remove any causative agent. Do not use NTG to lower BP as it can increase cerebral edema worsening things.